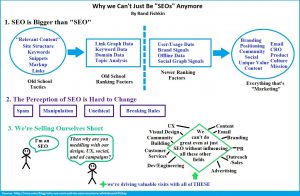 If you are a bit observant, you might have noticed something quite off in the practices and titles being used nowadays – from “SEO” to “online marketing”. Other terms replacing the word SEO include “inbound marketing”, and “earned media marketing”. Is this just a passing trend or is there a meaning to it? Let’s find out from Rand’s discussion on the special edition of Whiteboard Friday.

According to Rand, there’s a seeming shift in how SEO is regarded nowadays. Some people in the industry have been changing referring to their practice from ”doing SEO” to “doing online marketing”. The obvious ways “SEO” is avoided may anyone to think that there must be a reason behind such shift. And Rand happens to be one of the proponents of such shift even if he admitted being against it before. Claiming to seeing the bigger picture, Rand says he’d like everyone to see the same “bigger picture”.

While most people consider SEO as a big thing in the business sector at present times, the last three years haven’t been as big for SEO as it has been ten years before that. From the late 90s into the late 2000s, when you say SEO, people know the many different strategies and techniques you are gifted to know about – links, quality and relevant content, relevant keywords, site architecture, friendly user experience, snippets, etc. And all to get ahead in the name of search engine ranking.

And in that sense, the SEO will have something to do with ranking factors such as keyword data, topic analysis, link graph data, domain data, etc. Search engines were designed to look these ranking factors plus the user and usage data. This means they also look at brand signals, offline data potential or social graph indicators. And SEOs will have to do everything that is actually marketing, if they were to influence those factors that affect search engine rankings. Everything means social media/community building, branding, positioning, email marketing, conversion rate optimization (CRO), unique value of content, and product. For an SEO to move up rankings in major search engines like Google and Bing, they need to be able to control and influence the search engines in ways that are massively greater than what’s done in the past.

Rand says that there is a desire to disassociate the word SEO with bad companies’ irresponsible behavior and scumminess. Unfortunately, it isn’t that easy to change the perception of SEO because it has been established and going on for such a long time now that no effort can easily shake it off from the bad reputation it carries. Despite every effort exerted by a few in the field desiring to try and change such perception, the obnoxious reputation associated with bad hat SEO remains.

For many who are involved in SEO, it could be truly frustrating and irritating to hear a generalization on SEO as being a spammer, a manipulator of things, unethical, breaking search engine’s rules, etc. These are the things SEOs have to deal with every time they have a client. And the clients cannot be faulted for thinking that way also. The primary and first association that most people have with search engine optimization is a spammy email that’s been sent numerous times trying to get them to sign up for something, or the comment spam on their blogs. And with that point of view, every malicious or bad thing happening on the internet is blamed on the poor SEOs.

The Need for a New Title

Rand continued to say that even he, in the early days of SEO, had done some share of spammy and manipulative things. Because at that time, that’s what most SEOs do. And when enough realization along with updated search engines algorithm forced SEOs to do the optimization properly, the perception seemed to have stuck in the minds of those who knew about the trade. The perception is glued to the term or the title. Hence, Rand says that it may be necessary to change the title because with such change, perception is also changed. So instead of saying, “I do SEO”, you say, “I do web marketing”, then people get the idea and accepts the connotation that goes with it. “So it’s web marketing; it’s not SEO”.

This is the real thing and this is the future of search and search engine optimization. Here’s an article about the recent algorithm update made by the search giant, Google.

Another perception that needs to be disassociated with SEO is that which sells short of what is really offered. Too many times, management finds it hard to comprehend that SEOs need to influence all the other fields such as the web design, the social media and ad campaigns. They seem to think that SEO is just focused on creating contents, links on the contents, keywords on the contents, etc. There is very little understanding on why SEOs need to meddle with all those things. And to change that kind of thinking, it should not be referred to as SEO.

And in closing, Rand highlights that SEO regardless of the perception will continue to change – tomorrow, next week, or the week after next. It’s the one thing about SEO that is constant – change. A kind of change that is actually positive in serving people the quality of information they deserve. Every field matures and improves. And then you get to a better stage. The challenge is therefore on one’s commitment to continue SEO along with good branding and marketing. And to be able to do that and get people to believe that commitment may potentially require taking on other titles that would express ways that could get more influence, and at the end of the day, bigger paychecks as well.

Look at the prevailing market price difference between an SEO consultant and a business strategy consultant (someone from Accenture or the like). The SEO consultant charges between $50 to $100 dollars an hour while the business strategy consultants can charge as high as $1000 plus an hour. This clearly shows that the more influence you have, the better your billing is. With an enhanced title that sways away from the not-so-good-perception of what search engine optimization is all about combined with an honest-to-goodness result-oriented commitment to the client of how your influence can change their business or brand, you get a better chance of acceptance from the critics of SEO in general. 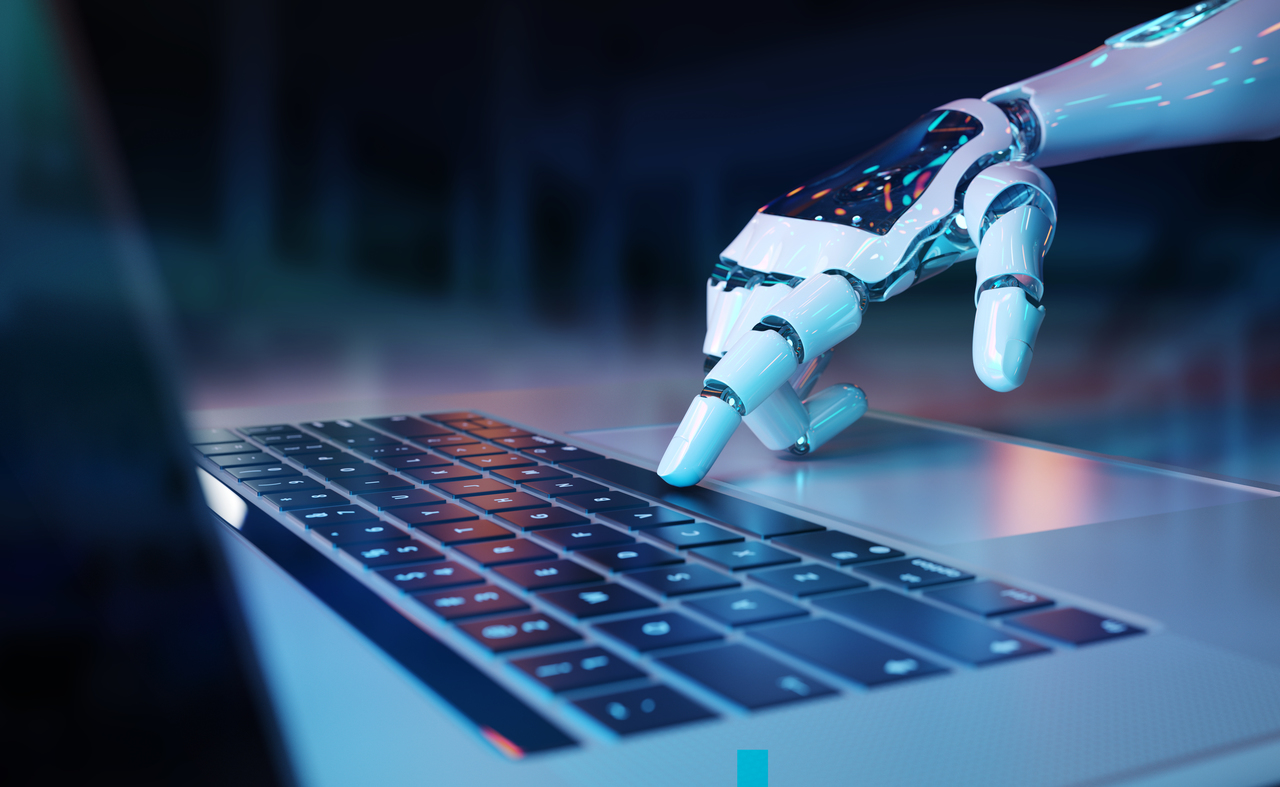 Think Like Web Crawlers To Boost Your Technical SEO 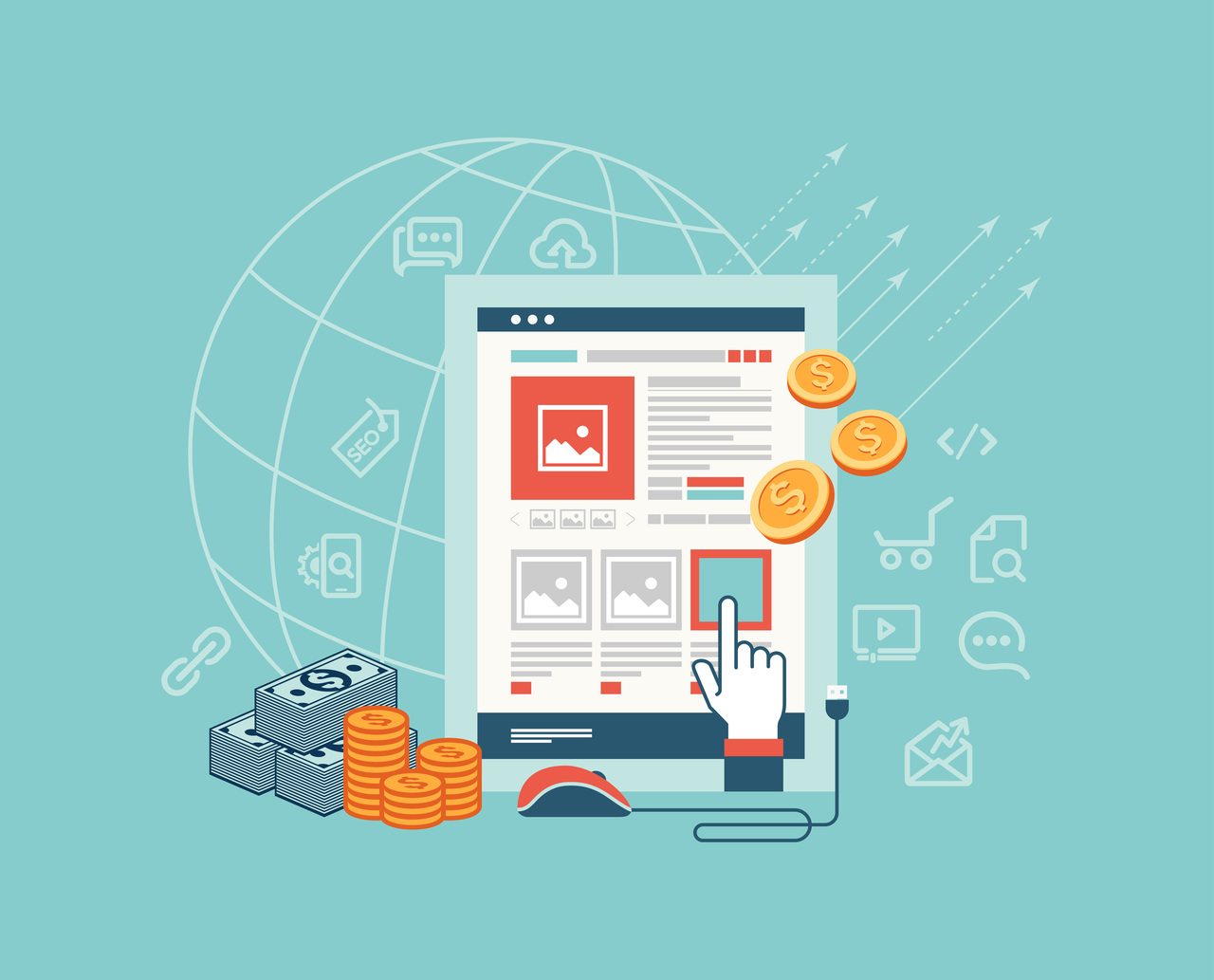 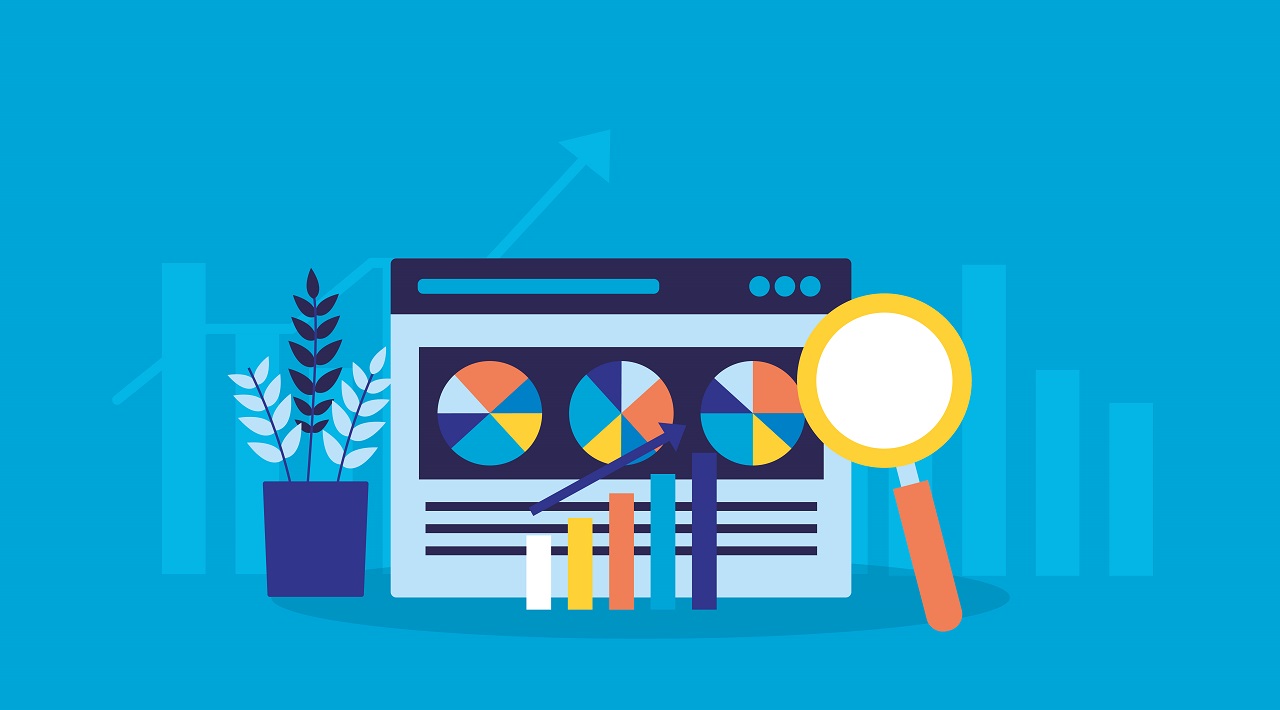 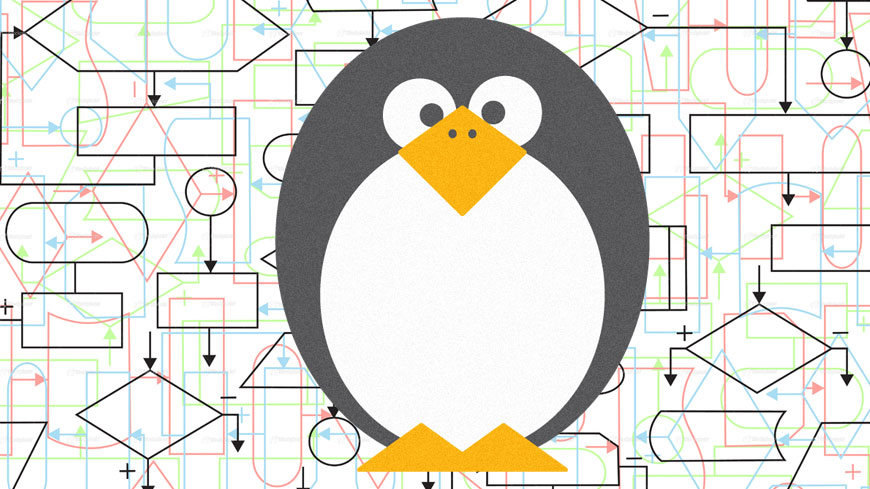 How to Know if You’ve Been Hit by Penguin